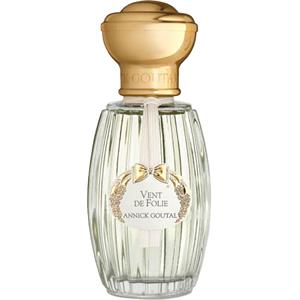 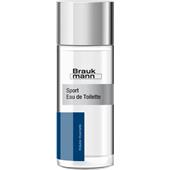 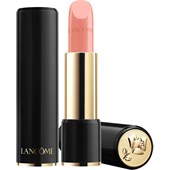 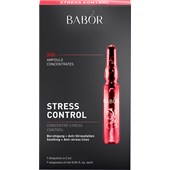 The eau de toilette spray Vent de Folie from the house of Annick Goutal distributes an exhilarating hint of insanity and a beguiling recklessness. With this perfume, Isabelle Doyen and Camille Goutal - inspired by the magnificent avenues and the tall skyscrapers of New York - created a wonderful vision of urban lightness. The eau de toilette spray Vent de Folie combines delicious ingredients such as hedione, geranium, blood orange, raspberry, blackcurrant, cedar wood and musk into a unique perfume, with a scent that reflects both provocative lightheartedness and a shot of charming insanity. Vent de Folie covers the skin like a delicate, powdered veil. The eau de toilette spray leaves a trace of subtle sensuality, which seduces everyone, who crosses paths with its wearer.

Annick Goutal, who was born in 1945 as the third of eight children of a renowned Parisian confectioner. She pursued two extraordinary career paths - first as a pianist, and then as a model - before she found her third path as a perfumer. In the mid-70s, she was diagnosed with breast cancer. During this time, after an operation, a good friend of hers presented an interesting business idea. Together, they took on the manufacturing and sales of natural cosmetic products. Annick Goutal tirelessly learned every important aspect of her new craft. When she believed that the cosmetics line needed its own new fragrances, she visited the perfumery Robertet in Grasse. Overwhelmed by the world of fragrances and what it had to offer, she discovered her own talent as a perfumer and completed the relevant training. She opened her first boutique in 1981 in an old book store in Paris, where her very natural, artistically sophisticated perfume was quickly well received. Since her death in 1999, Camille Goutal, her daughter from her first marriage, and Isabelle Doyen are leading the perfume house in her tradition, and continue to create inspiring new fragrances.
Questions about the product?
Customer ratings