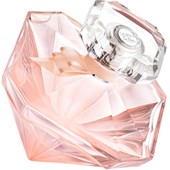 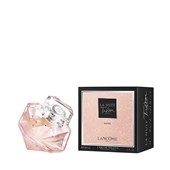 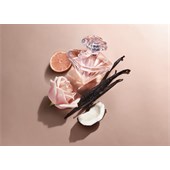 Lancôme – the popular cult brand – has been established in the cosmetics sector for decades now. The French cosmetics company, which is now headquartered in Paris, was founded 21 February 1935 by Armand Petitjean, a French businessman. He had worked for the perfumer François Coty for many years. Under Coty, he developed skills and talents as well as the famous ‘nose’ for his own exclusive perfume creations. After the death of François Coty, Armand Petitjean created his own cosmetics world. Today, the Lancôme brand sells its perfume and care products in around 140 countries across the globe. In 1951, Armand Petitjean handed over his business to his son Armand Marcel, who sold the company to L'Oréal in 1964. The world-famous trademark of the French cosmetics manufacturer is the black, stylised rose, which can be seen on all the manufacturer’s products. Lancôme stands for exclusive make-up, highly effective care products and intoxicating fragrances.

This wonderful, slightly aphrodisiacal gourmand fragrance is composed of aromas of vanilla orchid and mandarin as well as coconut milk and wild rose. La Nuit Trésor Nude is a dreamy, sensual fragrance that accentuates your individual femininity. It is available in a luxury bottle and as an eau de toilette spray in 30 ml, 50 ml and 75 ml versions.
Questions about the product? 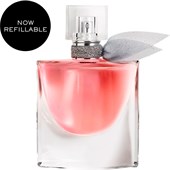 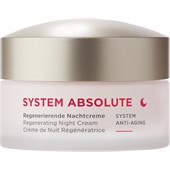